We had a nice Easter dinner with Rosemarie and Rob on Monday night. Rosemarie came over in the afternoon so we could have some sister-time while Scott was at work. Gotta squeeze in as much sister-time before she leaves!! By the way, have I mentioned that she’s going to FIJI FOR A WHOLE YEAR ON EXCHANGE???????!!!! SO jealous, although hopefully Scott and I will be able to visit her at some point so that is pretty exciting. She has started up her own blog so check that out: http://threepiece.wordpress.com/

Anyway back to last Monday. 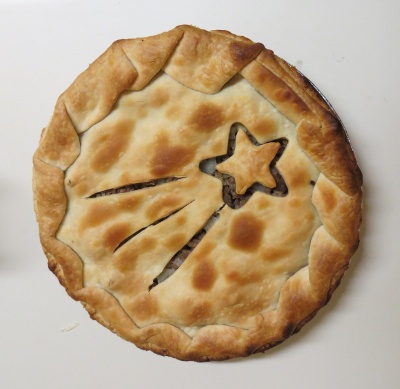 Rosemarie and I made a tourtiere (French Canadian meat pie). It was actually extremely simple to make, and very tasty. Pie dinners are so tasty. 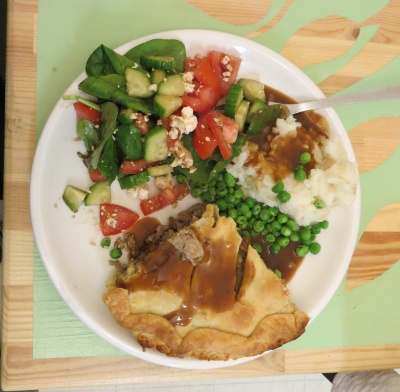 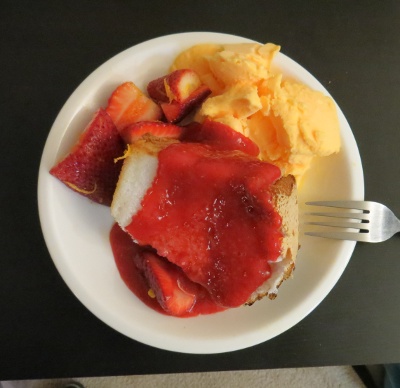 Rob made us a nice fruity dessert. I liked the strawberry sauce a lot. 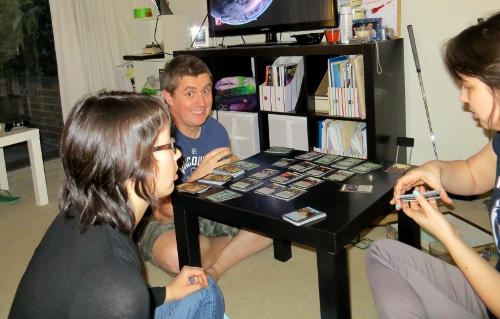 We played some Dominion, but that game kind of annoys me. Why are the rules so vague?? I always have this feeling like we are not playing the game correctly. We also played a couple games of cribbage with my new crib board that I found in the mail room. Scott thinks I’m gross for taking it, but I think it’s ok!!!

I had a big midterm yesterday and had a lot of work due this week so I’ve been studying all week. Very boring. We have today off though because BCIT is having an Open House. I have to go in tomorrow for two hours to help out. I plan on getting a big chunk on one of my papers that is due in a couple weeks today, but so far I’ve just been procrastinating. Oops. 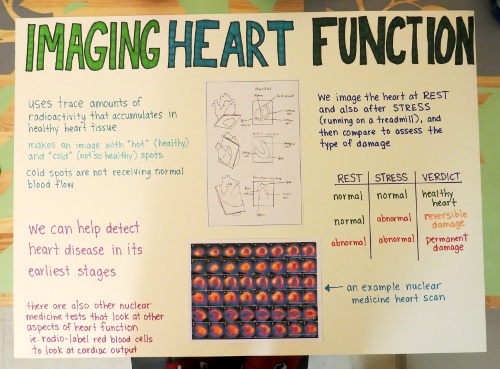 I got volunteered to make a poster for the Open House about nuclear medicine heart imaging. I didn’t have a lot of time to spend on it due to midterm, so I just kept it extremely extremely basic. Does the poster explain anything new to you? Scott coloured in the letters for me while watching hockey.

Speaking of hockey, my dream of a Canucks-Senators final is not off to a great start. :/ I will continue to believe it could actually happen though, until one of the teams gets knocked out.

Ok really I should do something productive now. This is a busy busy weekend so I should not be wasting precious time.