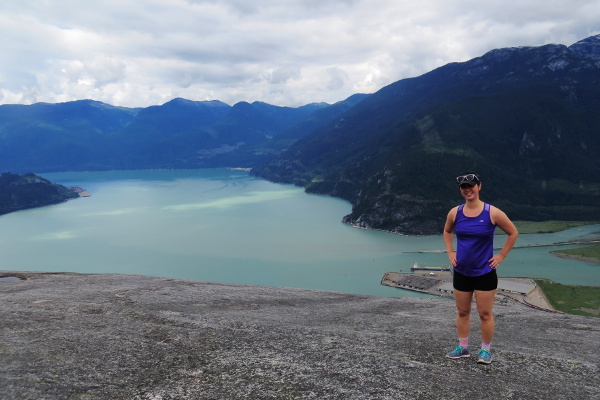 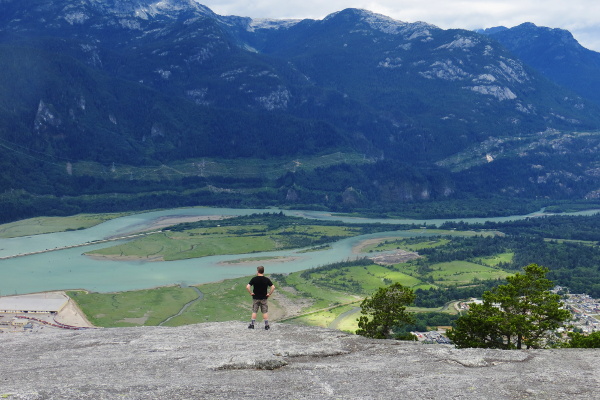 I somehow convinced myself (and Scott) that we should hike up the Chief. I regretted the decision after the first 15 minutes of climbing. But, after 556,434 breaks, we made it up to the first peak. Most of the hike is forest stairs, but the top made of wide open smooth rock, and then you get a sweet panorama view of the Howe Sound and Squamish.

Speaking of sweet panoramas… Scott was pretty pleased with that idea, haha.

Quote of the day: “I’D RATHER DIE THAN DO EXERCISE!!” 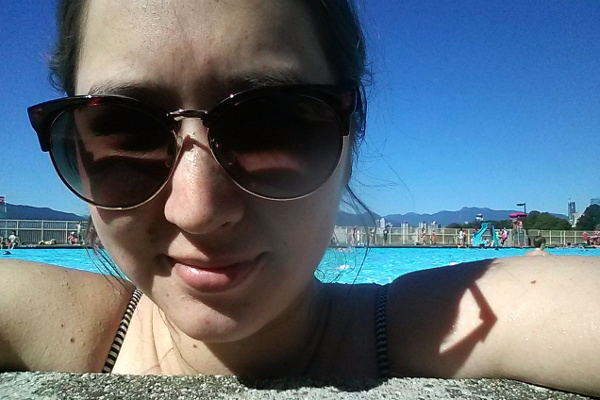 It got really hot in June. I went to Kits Pool a couple times after work to cool off. I like that pool, it’s nice that it doesn’t have so much chlorine (it’s a salt water pool). 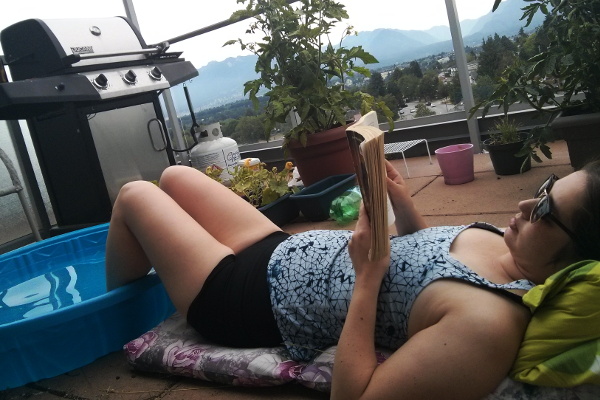 We also got our own pool. Our balcony rules. 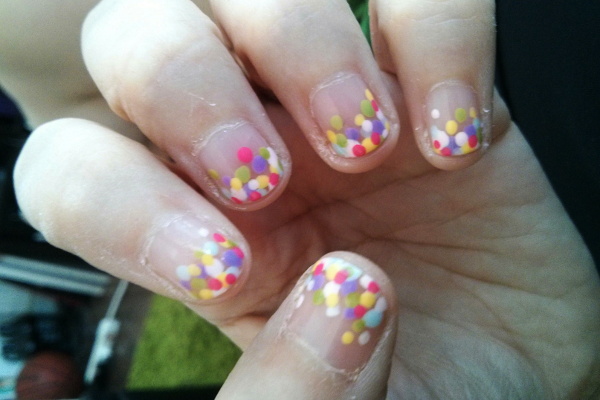 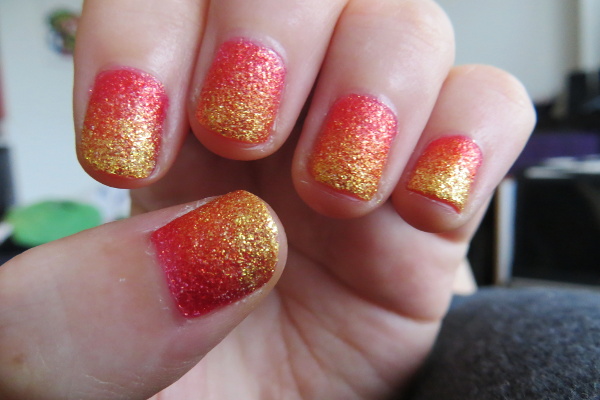 This one is actually from like 6 months ago, but who cares. Zoya Pixie Dust is so easy to work with. You can make gradients and blend colours really easily. And as the nail grows out, you can just fill in the new part with another colour because it’s all textured. Like ceiling spray texture, haha.

Other things that happened, with no pictures (so did they really happen??):