I voted today! Since I will be in Edmonton on election day I had to do advance voting today after work. There was a bit of an issue with my name, but I just had to fill out an extra piece of paper. Weird that Elections Canada somehow knew my new address, but didn’t know my new name, when I changed everything all at the same time. Anyway– sorted now.

We had a very nice long weekend. I relaxed on Friday and worked on party planning while Scott went to Metrotown with his aunt. She bought six Quatchi’s!! 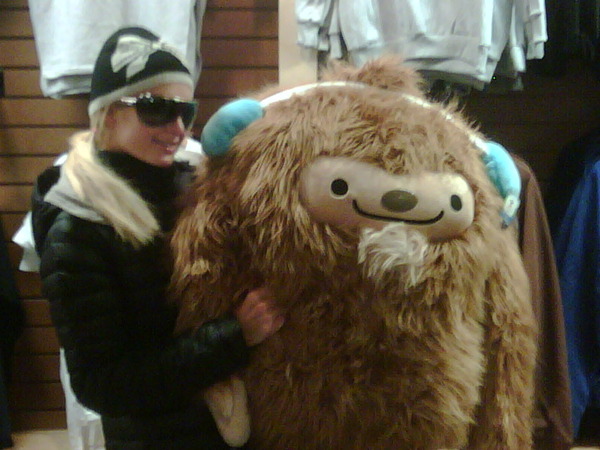 Then we watched two movies. Nearly finished our movie alphabet. Will post soon.

Saturday was a big day. Scott made hash browns, then we went up and did laundry and groceries. Then we stopped by Scott’s work so he could check on some servers, went to T&T, and then to Costco. They have SO many samples at the Costco here. Best one was the cheddar jalapeno sausage (for me). Mmmm. I ate half a poutine (was not as good as I remember) and then we bused up to SFU to help Rosemarie move out of residence. Funny that the only times we went to SFU this year was the very beginning and end of the school year. It really is quite far away.

After dropping her stuff at our house we got back on the bus and went back to that ice cream place with 200+ flavours. It was such a nice sunny day we thought it would be a good School’s Out treat for Rosemarie. 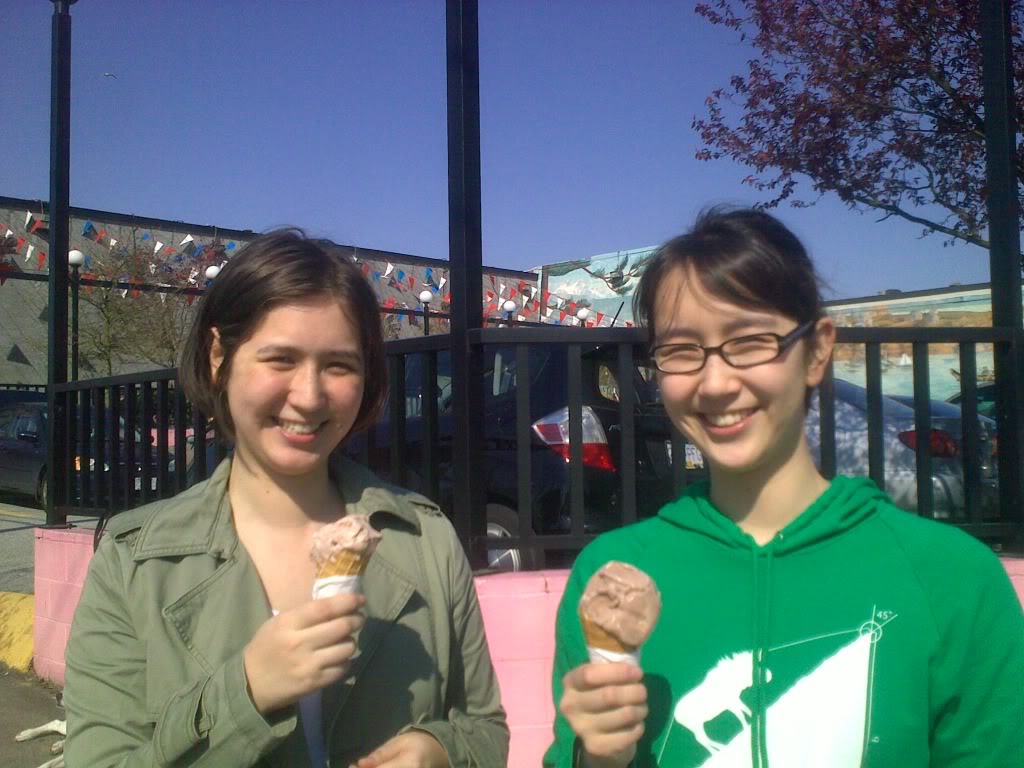 The rest of the evening was spent playing lots of board games (Agricola, Settlers) and dinner (Rosemarie and I made spicy eggplant and pork).

On Sunday morning we made a yummy breakfast with beans, eggs, toast, hash browns, bacon and then tried to digest it for the rest of the day. It made us all SOOOOO tired! We met up with Scott’s aunt and went to the Granville Market but didn’t stay long as other people don’t seem to be as interested in looking at vegetables as I am, haha.

We came home and relaxed and played more games and I made salad and black bean burgers (recipe to come soon).

Rosemarie is off to Squamish now and I won’t see her again until the party in Ottawa. :( I miss her already!