On Thursday we had a physics class field trip to TRIUMF, a laboratory out near UBC where they do particle and nuclear physics experiments. They have the largest cyclotron in the world, which can make 500 MeV protons. Cyclotrons used for PET only go up to 10-20 MeV, for comparison. TRIUMF stands for Tri-University Meson Facility, although they do much more than meson experiments now. 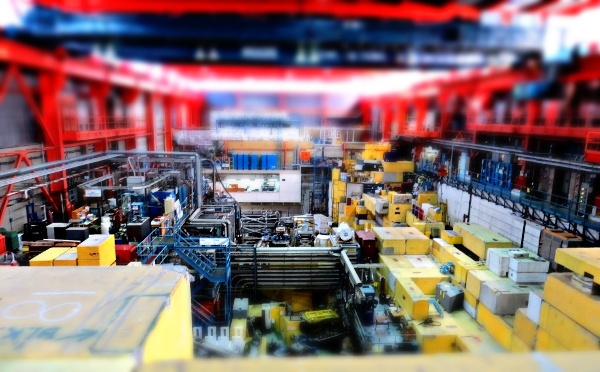 This was the view from on top of the cyclotron. All of those yellow concrete blocks are for shielding and each one is almost the size of a shipping container!! 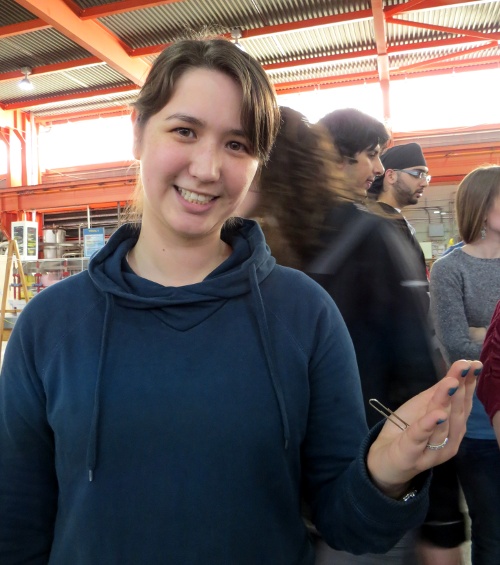 Cyclotrons accelerate particles using electric and magnetic fields, which were still pretty strong even outside of the machinery, as you can see from my gravity defying paper clip. There were signs everywhere there that said “do not linger” because you were also exposed to some radiation. Don’t worry dad, we carried a pen dosimeter.

We stayed there for around 4 minutes, you know how I know that? We realized the next day that everyone’s analog watches were 4 minutes slow! SCIENCE. 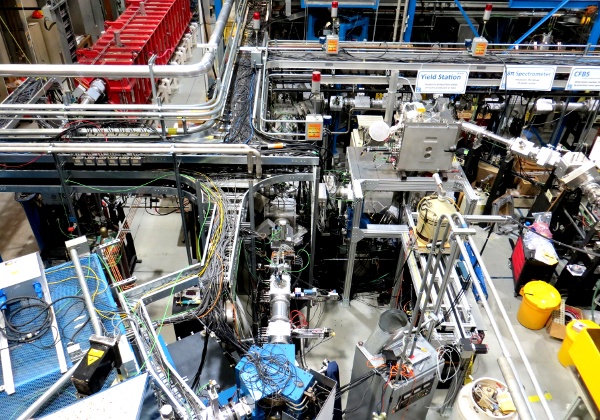 They also showed us all sorts of other complicated stuff. These things can measure the weight of particles, and the half-life and stuff. 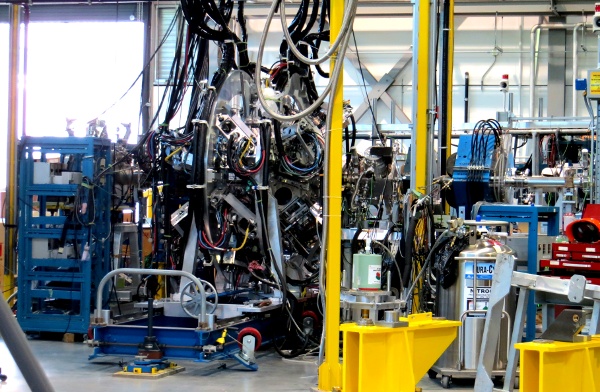 I have no idea what that thing does, but it looks pretty crazy.

There were wires EVERYWHERE at Triumf. I have no idea how people can build this stuff. What if someone accidentally knocked one wire out, I bet it would take a week to figure out what is the problem.

They do all sorts of experiments there, astrophysics, particle physics, nuclear physics, electronics testing, etc etc., and they also do eye tumour treatments. Oh and they make PET radionuclides for a medical centre down the road and shoot the vials of radioactivity down an underground air pressure transit tube where the vials reach a top speed of over 100 km/hr! They have to do that because the half-lives of PET radionuclides are really short, like some are only 10 minutes, so they don’t have time to drive the stuff over.

Anyway. It was a very good and delightfully nerdy tour. I enjoyed it, and if you like science and are in BC, you should also go and do a tour, I’m pretty sure they have some for the general public. 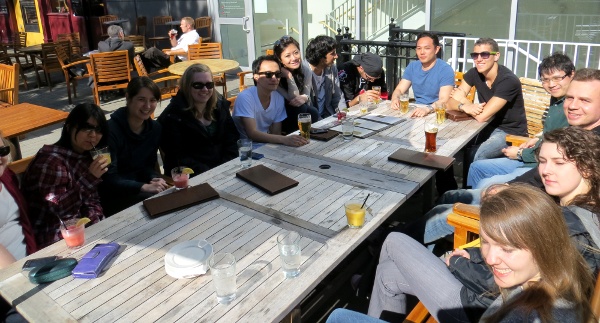 After the tour we all went to the Irish bar at UBC. It was fun to hang out with everyone, including our physics teacher, who bought us nachos and snacks. 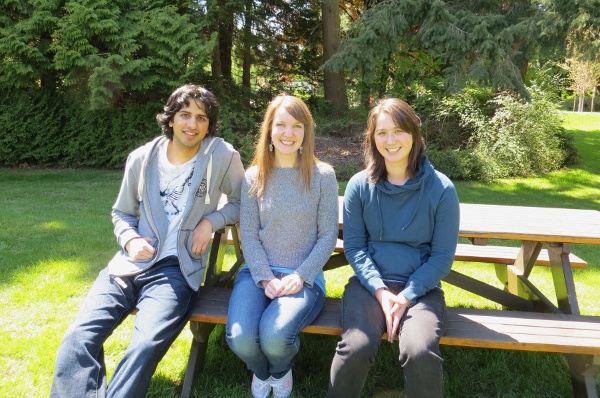 Vancouver has been having some excellent sunny weather for the past week. 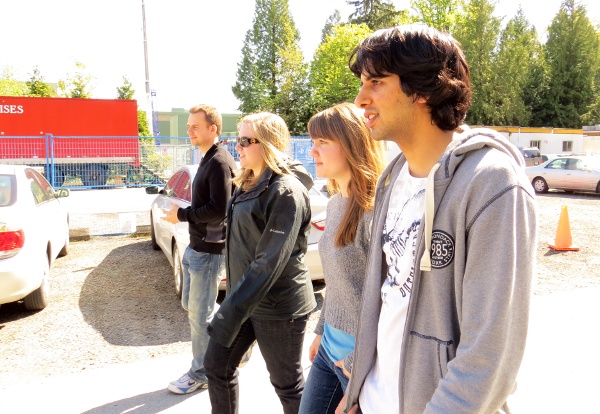 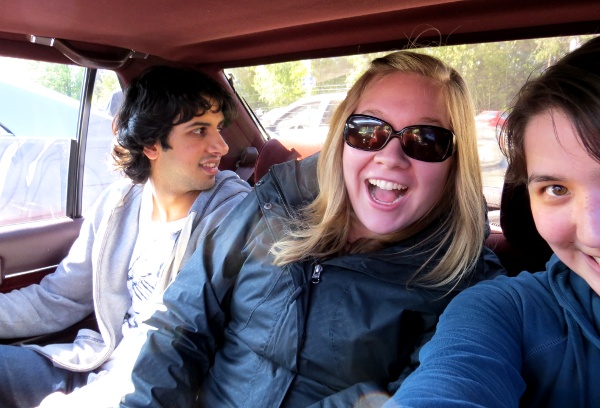 In the back of Gillian’s velour car. 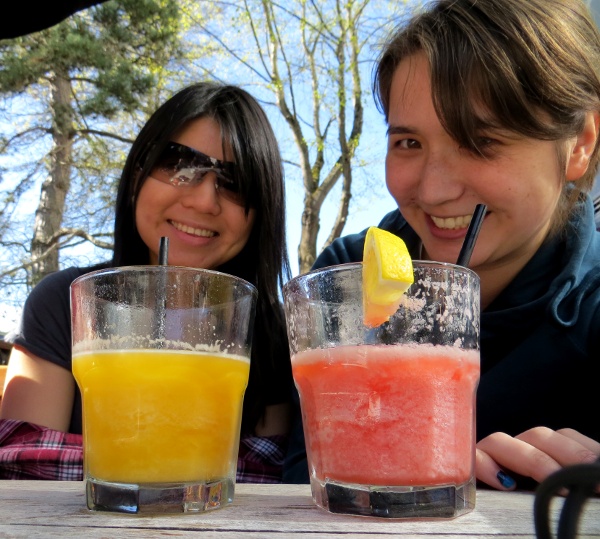 Back to studying! (Or did this blog entry count….)