A thousand years ago Scott and I went to Wilsons Prom for a weekend.

We drove down on Friday night after work, stopping for dinner in Fish Creek. We wanted to have a quick meal so we’d arrive at the campground before dark but the food took 5ever to come out. Oh well, other than it making a bit difficult to pick out a good campsite (Tidal River Campground is first come first serve) we were fine setting up in the dark because we are Master Campers.

**This just reminded me I need to change the batteries in my headlamp. Thanks guys.

Anyway after setting up we just chilled in our camp chairs and watched the wombats wander around and surprise people. Very entertaining. They are brave wombats!! And so pudgy. :D :D 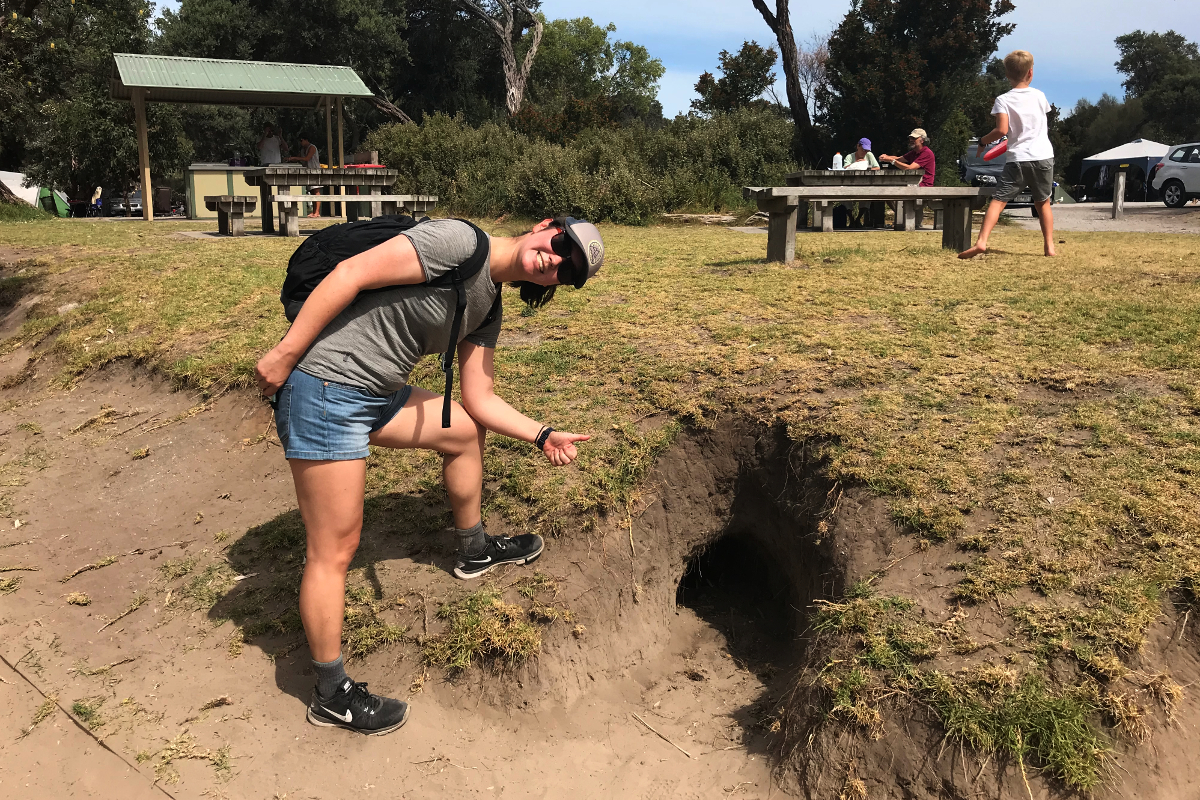 After a delicious camp breakfast of bacon and eggs we set out on a little hike. Check out this wombat hidey hole!! And check out my muscley legs!! 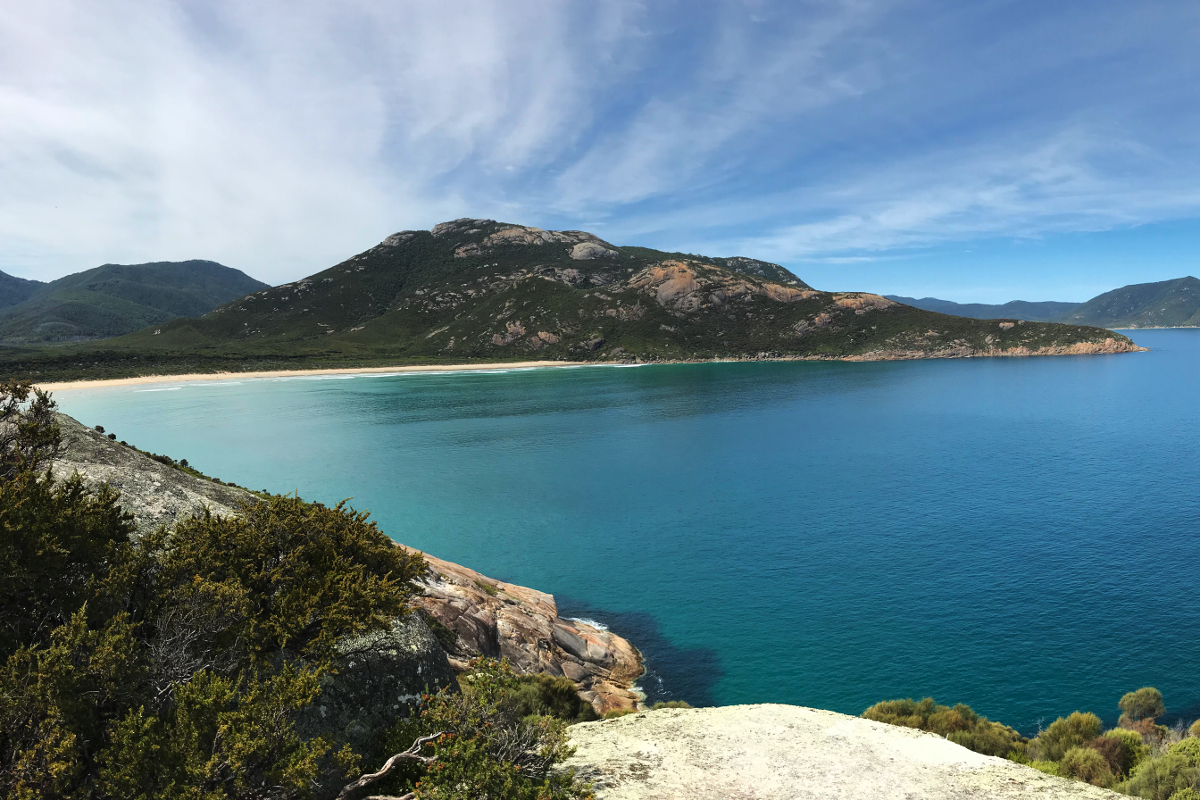 We walked out to Pillar Point Lookout and then down to Squeaky Beach. We ate our sandwiches and decided we wanted to swim but it would be a lot easier if we headed back to the beach near our campsite. It was sunny and nice out, but close to the end of summer so the water wasn’t super warm, but once we got in it was pretty nice. I put my head under and everything. 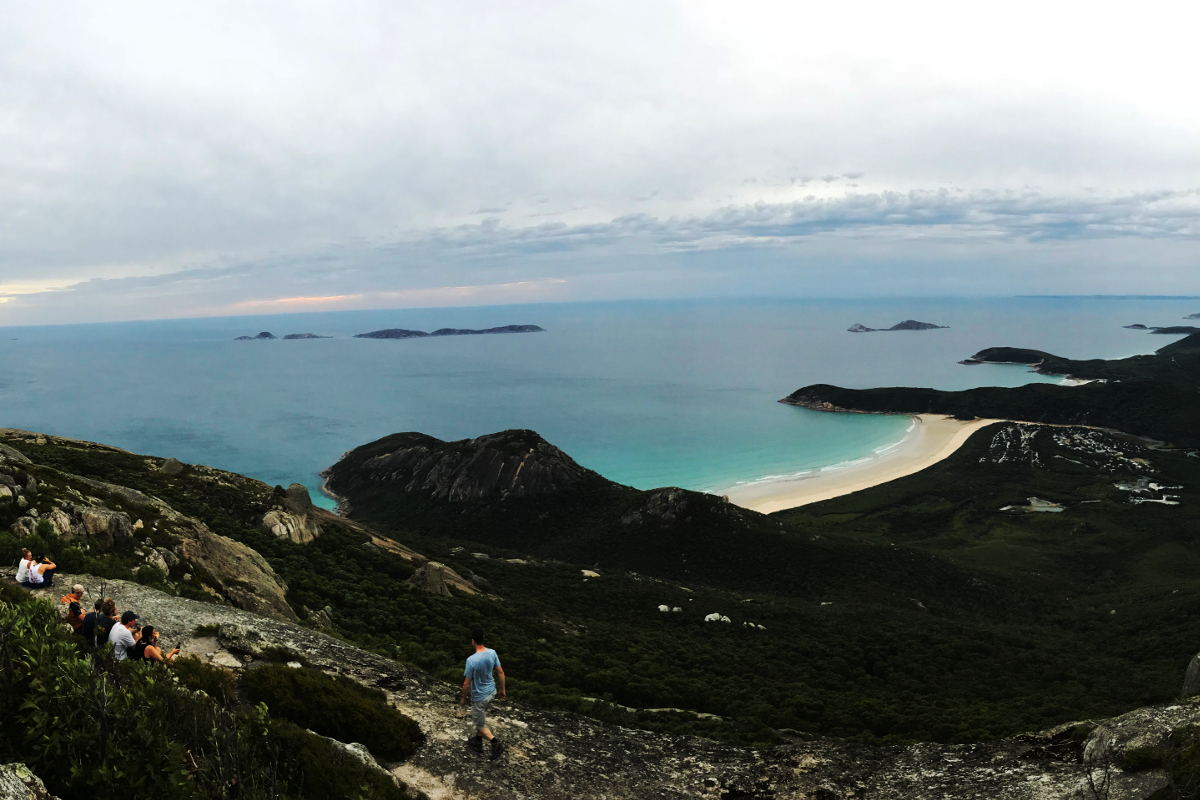 Later that afternoon we put our shoes back on and drove to the car park for the Mount Oberon “hike”. I put that in quotation marks because it was just a road that goes up up up up up up forever. I did not care for that much up hill. It’s not very scenic until you get to the very very top and then it’s SCENIC AF, as you can tell from that picture. We timed it so that we’d get to the peak at sunset, and succeeded, but unfortunately the sunset was a bit boring that evening. Unlucky because the night before the sunset was spectacular!! (We saw it as we were driving to the campground.) Then we hustled back down the mountain and only had to use our headlamps for the last ten minutes back to the car.

PS that’s Tidal River Campground on the right side of the picture. Scott used extreme zoom on my camera and took a picture of our tent. He debated running up the next morning so I could wave at him from down there and now I have ragret that we didn’t actually do it.

We actually had a really miserable night though. It suddenly got super windy, and sand was blowing everywhere. Our tent has a full fly but somehow sand was flying under the edges and into the tent and EVERYTHING was covered. Our pillows were gritty. Our sleeping bags were gritty. Our lips were gritty. To make it worse, it was super hot but we couldn’t open anything up because we would have been covered with even more sand. So sweaty. I did not sleep very well at all. When we woke up in the morning we had grey faces!!

Our breakfast pancakes came out horribly rubbery for some reason and then we felt a few drops of rain so we shook everything out and packed up in record time. 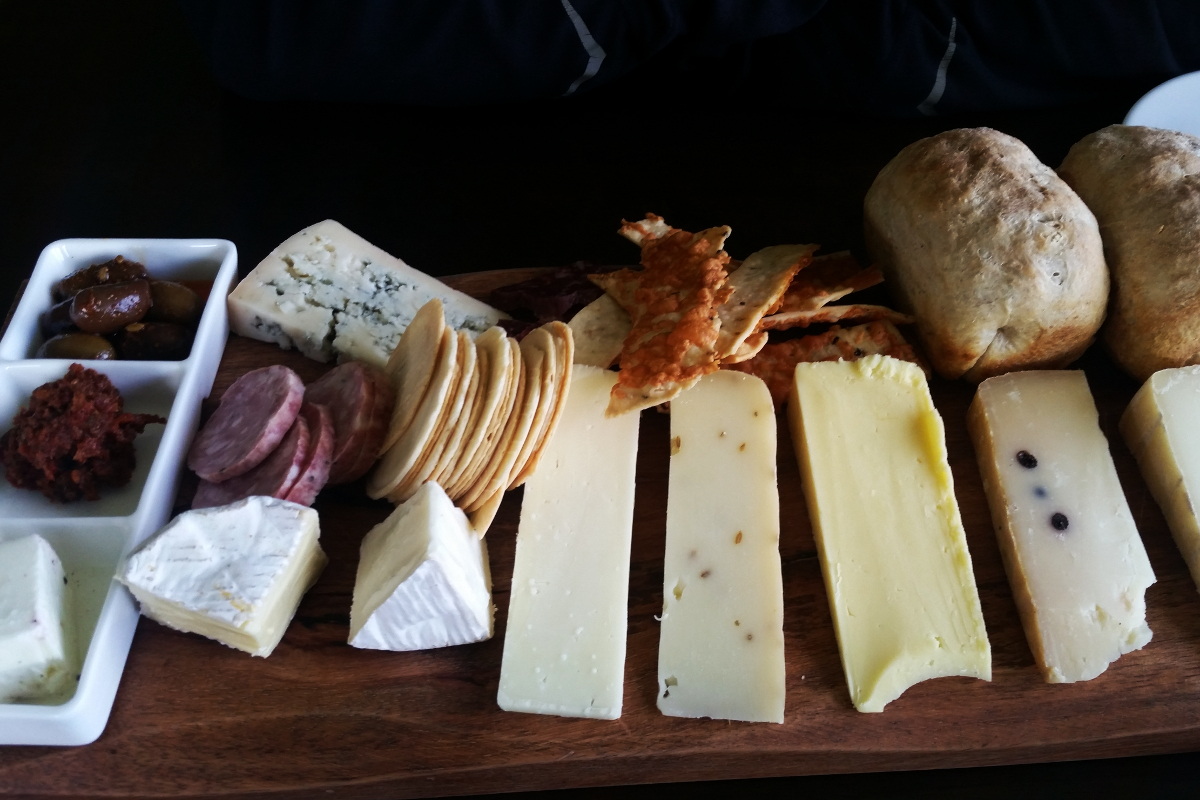 We had planned on doing another hike that day but instead decided to just give up and head home, via a cidery and cheesery.

We went to Gurney’s Cider, which is a family run farm that makes very simple and tasty dry cider. I loved their Scrumpy cider made from foraged apples but it was a bit too pricey for me. I did get a bottle of Wild though.

And we checked out Prom Country Cheese for lunch. We had a massive cheese board. It was intense. It came with a whole bunch of huge pieces of sheep, cow and goat cheese, warm bread and crackers, meat and more. I’m drooling reminiscing about it. Lovely place.

Anyway other than the sand we had a lovely time at the Prom. I would like to go back again next summer, for a bit longer. The beaches there are really great, and wombats are soooo cuuuute. It’s really competitive/expensive to reserve spots there though so dunno. Maybe somewhere else along the coast is better.