This week started off kind of bad, but it got better, thank goodness.

I was feeling really sad and lonely. It’s hard being away from Rosemarie and the rest of my family and friends. And most of my old friends from Melbourne don’t live here any more. So… time to make some new friends, which is hard as a generally awkward and introverted person. Finally I decided to stop being a baby and follow Leslie’s tips about making friends in a new city.

So now I am a yes person.

I already met some nice people at an internet meetup the other night. And I stopped wearing my headphones at the gym. I think I’ll try and join some kind of board game group? Or maybe take some lessons in something. I dunno.

The other thing that got better this week is that SCOTT GOT A JOB!!! Woohoo!!! Things were getting a bit stressful in that department! He got the call on Tuesday for an interview A FEW HOURS LATER. And then that night they asked for him to come back the next day for a second interview. And then he STARTED the next day! SO FAST. It’s only a 3 month contract for now but at least he got something.

So now I have the house to myself to concentrate on my studying. 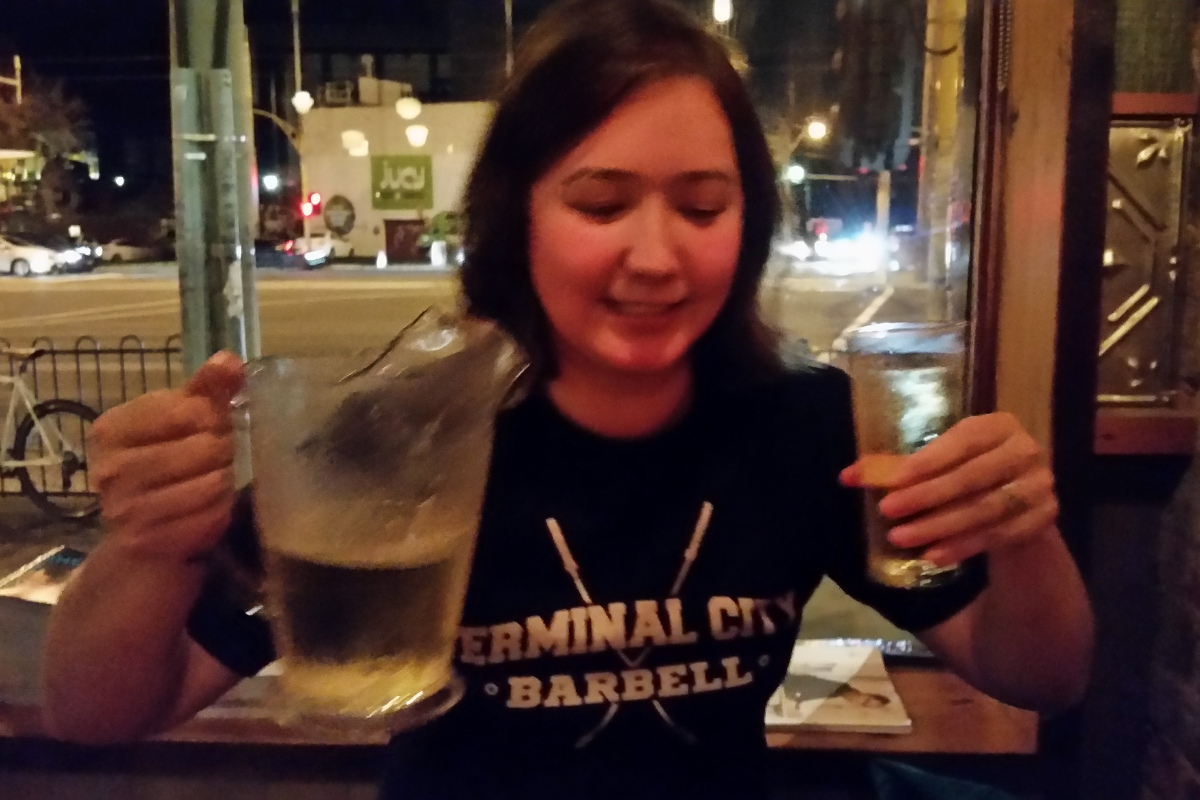 Scott is feeling much better these days. He is able to eat bad things without pain but he’s still not drinking alcohol and keeping the healthy diet except for Sundays. So that means I have to drink our trivia prize pitchers by myself, haha.

Weightlifting is going well. It’s so good to get back to it after six months off. I’m weaker, obviously, but I don’t get as sore… so I think there is still some memory in the muscle. Excited to get strong.

I did a little re-design of the ol’ blog. It should look a bit better on mobile devices now. If you are on a phone or tablet you can find the sidebar with the search, Twitter feed, links and stuff if you click on the little gear icon on the top left.