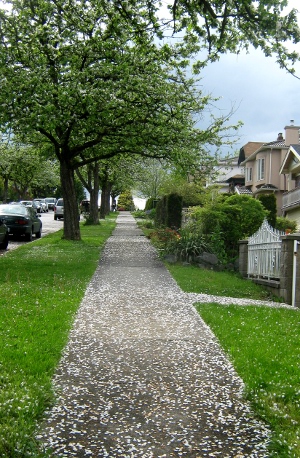 Blossoms on our street.

Another week gone by, nothing from NAIT.

Nothing from BCIT either yet, but since I did the bio challenge and finished the first half of physics (I got an A) I should hear from them any day now.

We just want to make some plans!!!

Ah Canucks in the Stanley Cup finals! We watched the last game downtown. It was nutso, as soon as they won people started screaming and honking their horns everywhere downtown. It was crazy noisy! We all rushed down to Granville Street where everyone was singing and cheering and high fiving each other. Apparently 20,000 people flooded Granville Street! That wasn’t even the finals!! 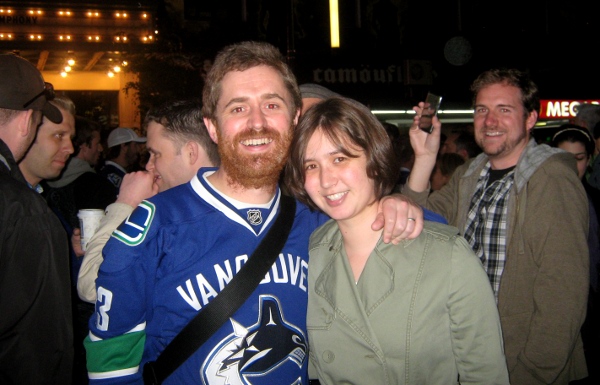 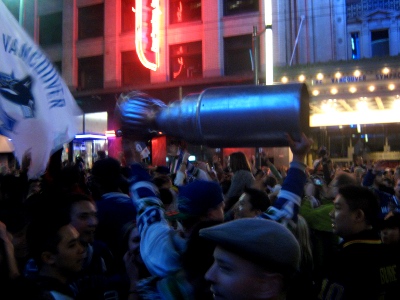 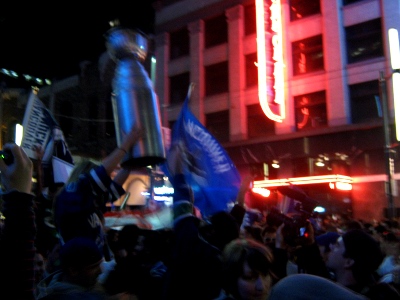 We took some videos too. Maybe Scott will post one on his blog IF HE EVER WRITES AGAIN.

Work has become very very very boring. I’ve mastered all the different documents so nothing is challenging any more. I could do it with my eyes closed. Well not really, but almost. I’ll obviously keep at it for the next couple months but I will admit I have been dreaming about my last day for a while now.

Well time to do something productive now… so I’m off!