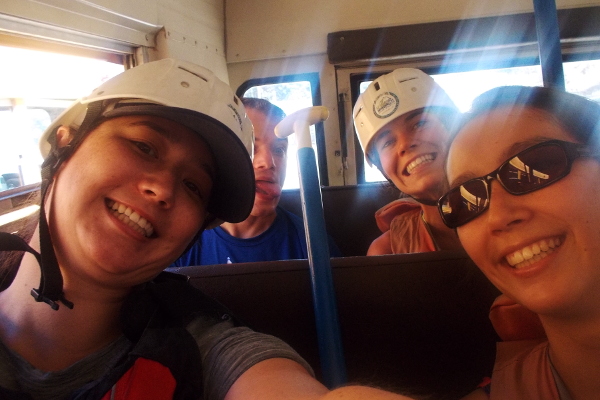 Rosemarie and I went white water rafting with Liz and Tom on the Thompson River (near Lytton, BC). 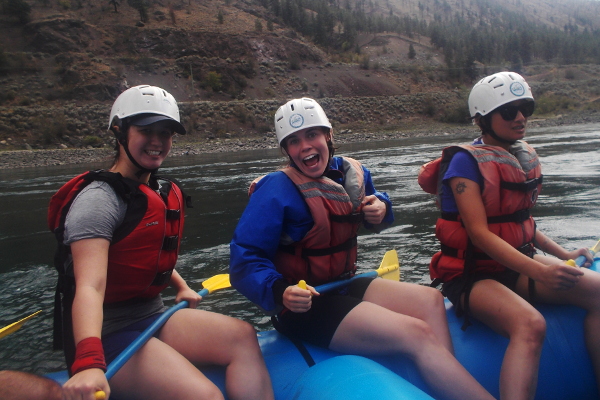 It was lots of fun. It wasn’t that XXXXXXTREME, I was the only one who unintentionally fell out of the raft, but we still had perma-grin the whole time. It was a nice hot day so we jumped in and swam at every opportunity, and took turns sitting right on the front for maximum splashability. There was even one rapid we got to go through in the water hanging on to the rope on the sides of the raft. 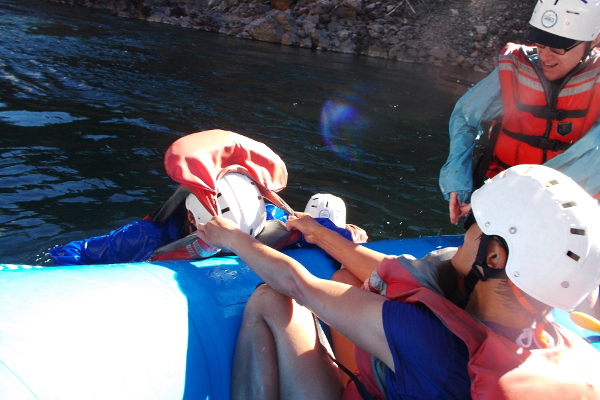 Liz gracefully getting back into the raft, probably after Tom pushed her in. 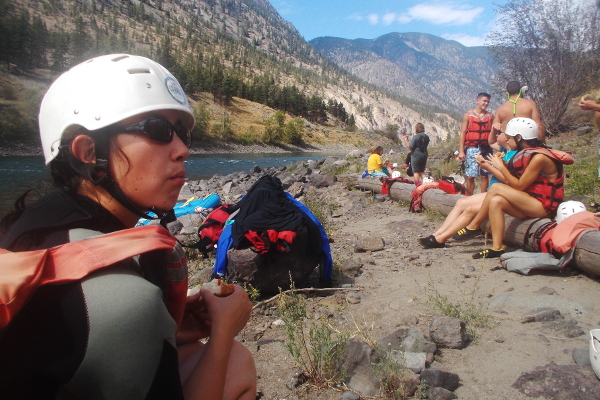 A classic Rosemarie picture on our lunch break. +1000 points for them having dinosours for dessert. :D

Like I said, I was the only person that fell out of the raft… out of the whole group of rafts… hahahha oops. I swear it wasn’t on purpose, I just fell out! It wasn’t too scary, at least I felt like I really got my moneys worth. ;)

We camped at a BC Parks site for the night and then drove home to Vancouver the next day, via the Othello Tunnels near Hope, and Hope Diner. Another very hot drive home with no AC, ack. 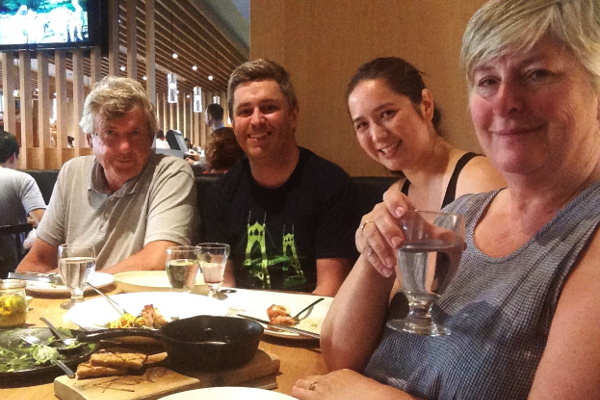 Jill and Joe had a long stopover in Vancouver on their way back to Adelaide so we met up with them for dinner downtown at Forage. Everything was super delicious and it was awesome to catch up again. I had seen Jill a few months ago when I went to Adelaide, but I hadn’t seen Joe in a LONG TIME! 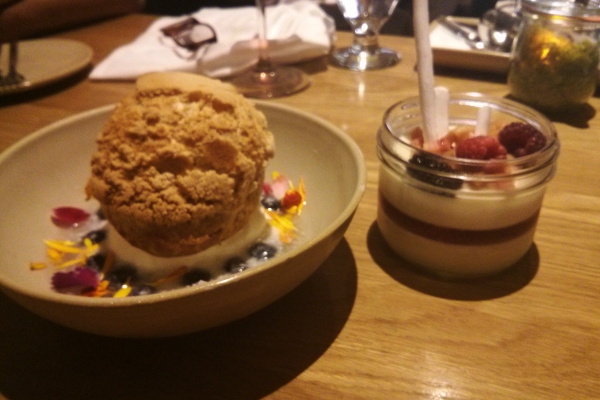 The waiter suggested the cheese puff for dessert and it’s a good thing we listened to him because it was SO DANG GOOD. It was a profiterole with neufchâtel cheese filling, with ice cream, gin soaked blueberries and some kind of cordial sauce all around. MMMMMMM. The other dessert there was berry  panna cotta that was also very good, but almost forgotten after the cheese puff.

Forage is cool because ALL their ingredients are locally sourced. We really enjoyed all the dishes we tried… octopus, carbonara, stinging nettle risotto, mushrooms… highly recommend.

Thanks to the Dafoe’s to treating us to a great meal!! 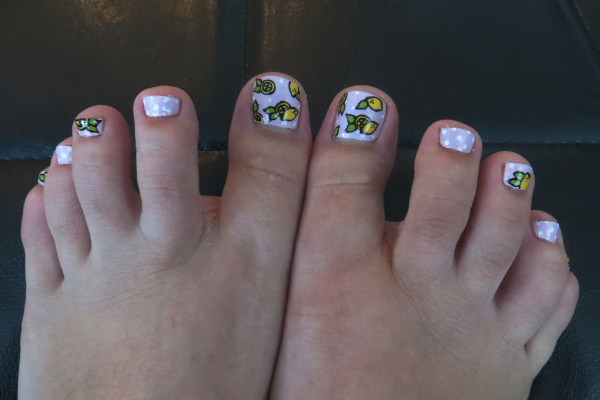 I redeemed by birthday voucher for a Picasso pedicure at Bloom. Those are hand painted lemons! 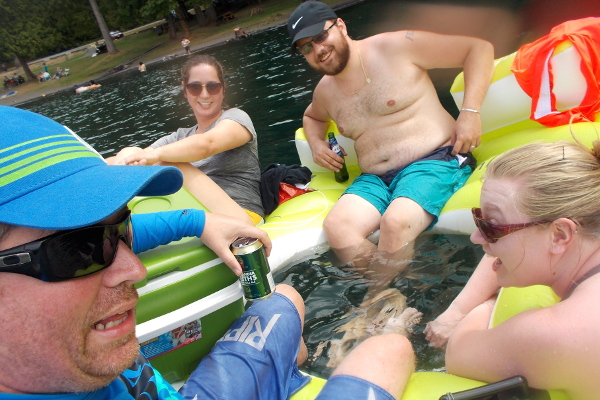 Lesley, Stephane, Scott and I went camping for one night at Cultus Lake. We played many games of Settlers (of which I lost all of them), and ate tacos and burgers and generally lazed around. We took the party island out for another spin. Cultus Lake is so warm!! Camping is weird when there is a fire ban though, you sort of run out of things to do when it gets dark. 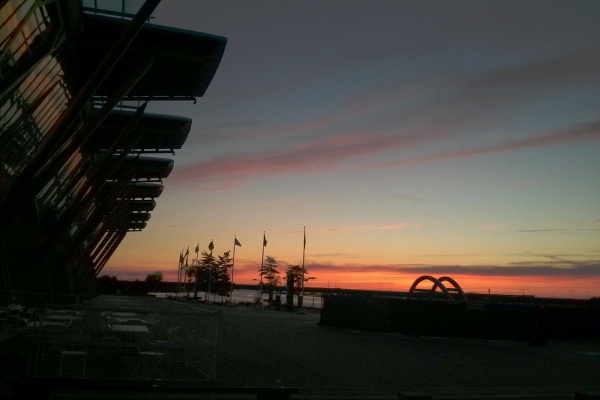 More skeleton push practice at the Oval. Note to self, bring bug spray for twilight sessions because there are SWARMS of mosquitos. Who’s bright idea was it to have so many still water features around the facility, yeesh. I seriously got about 30 bites in half an hour. But this was a useful session, I now have a few new technical things to focus on for a bit.

Other unpictured fun stuff that happened: