Oh my god so much sweet potato!! 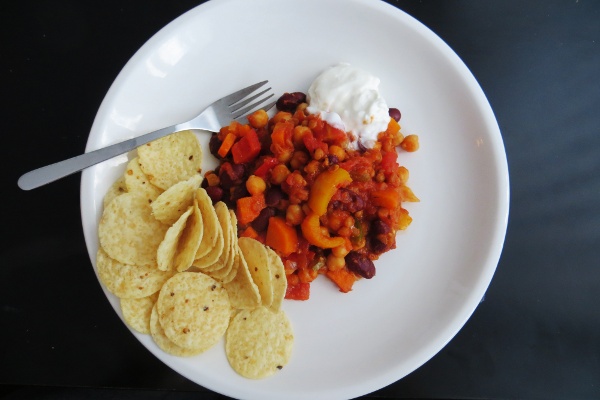 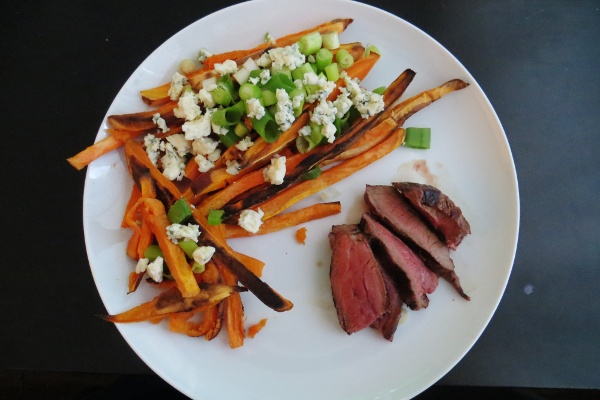 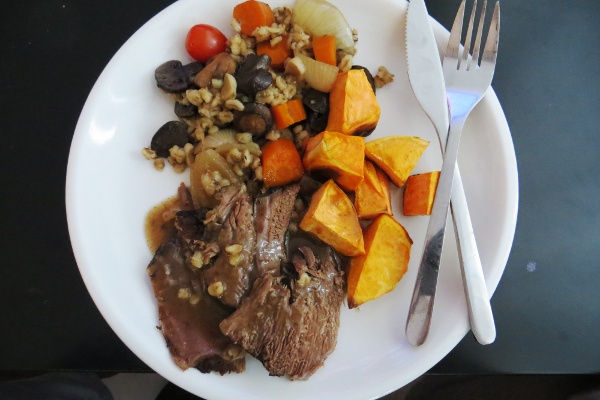 This was from a Canadian Living recipe. It didn’t turn out as nice as I hoped. The beef wasn’t very moist, which is weird because usually everything comes out super tender from the slowcooker! :(

September 25th: This was my first day back at work. I arrived home RAVENOUS and ate my whole plate of leftovers without remembering to take a picture. Oops. It was just pot roast and chilli. 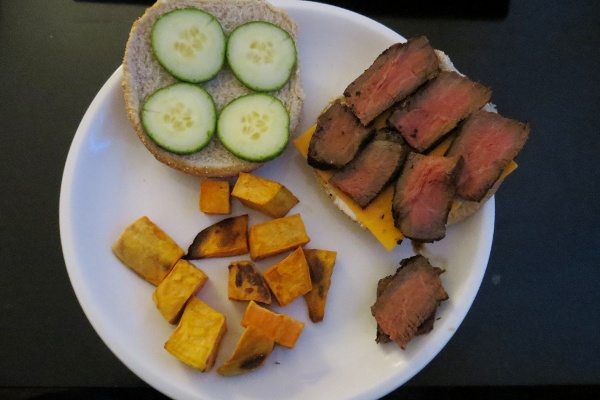 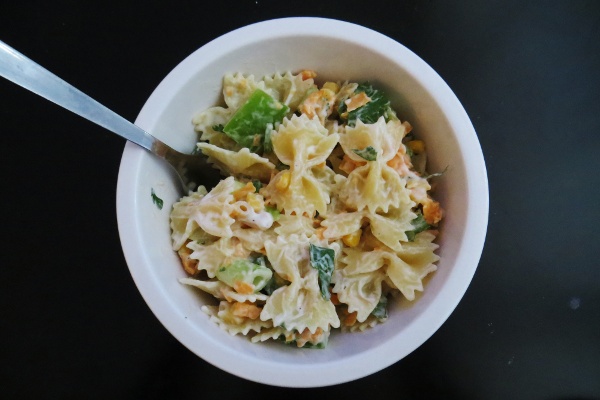 Slowly trying to convert Scott from a corn-hater to a corn-lover! 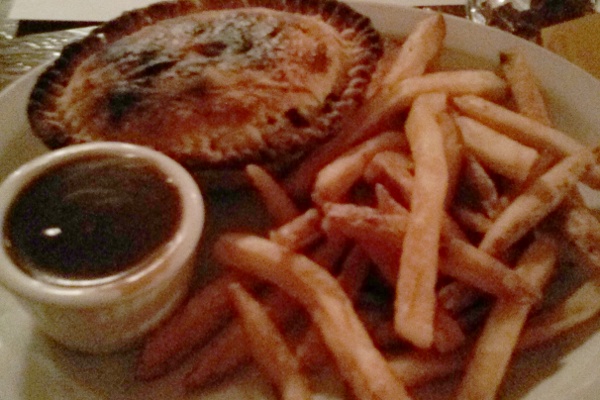 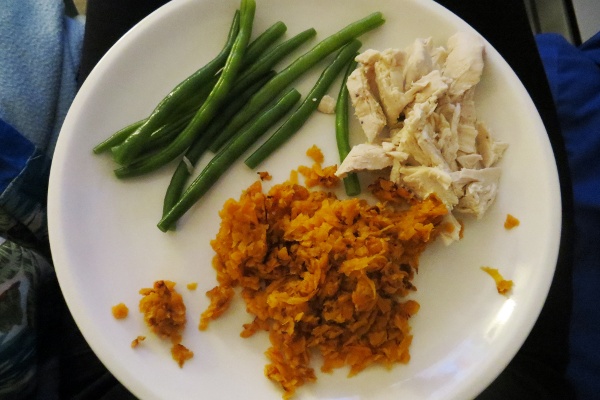 OK so for whatever reason we decided that we were going to try eating like all the fitness people I follow on Instagram… aka pretty much only chicken, green beans, and sweet potato. It started off ok… 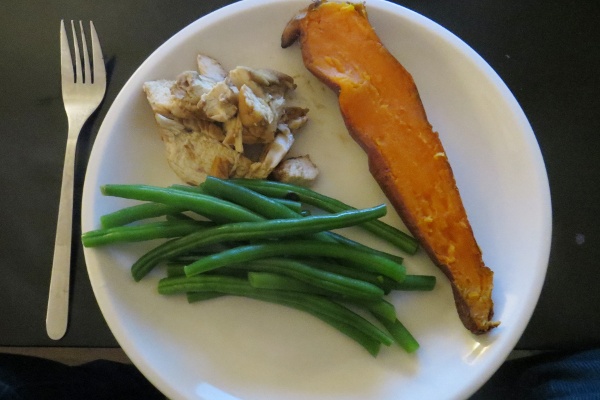 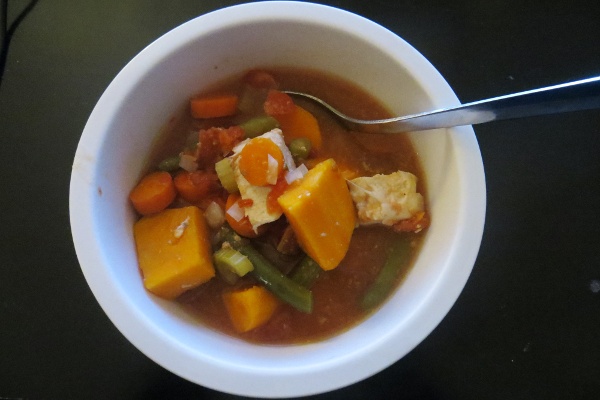 Scott tried to mix it up a bit by making a soup. I don’t like thin soups very much (I like THICK HEAVY soups) so this wasn’t a big hit in my opinion. 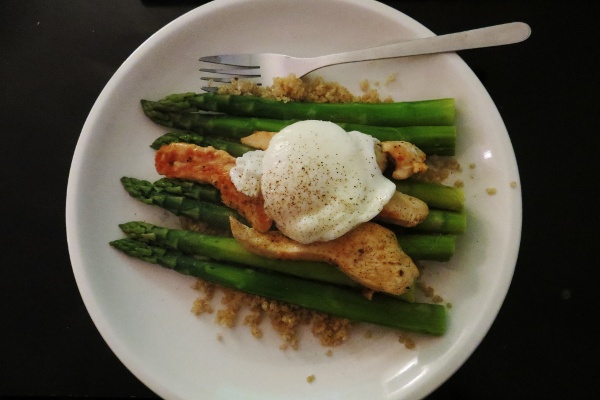 october 2nd, 2013 – asparagus, chicken on quinoa, with a poached egg

I couldn’t take any more sweet potato (I STILL CAN’T) so I came up with this meal. Still very healthy, but a little different. It was good except the asparagus was pretty tough. 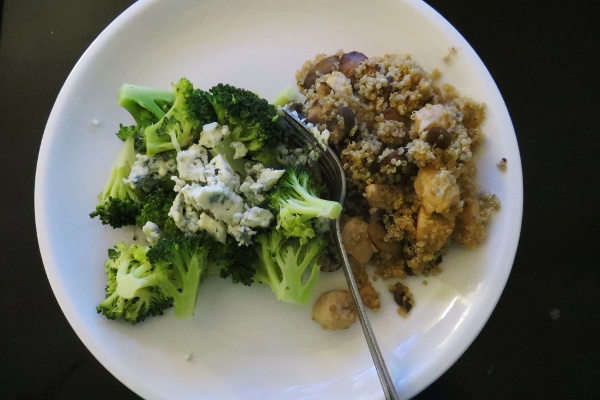 october 3rd, 2013 – quinoa with chicken and mushrooms, and steamed broccoli with blue cheese

I can’t possibly go a whole week without cheese!! 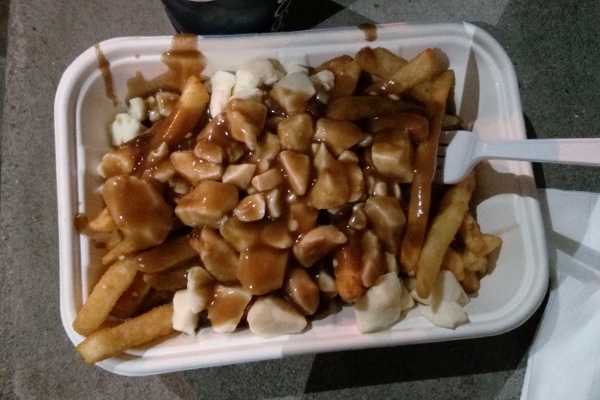 What a great way to finish off healthy eating week, LOL. I have no idea how those people do it, eating the same things every day. I don’t want to live like that!! A life without cheese is a life not worth living! :P 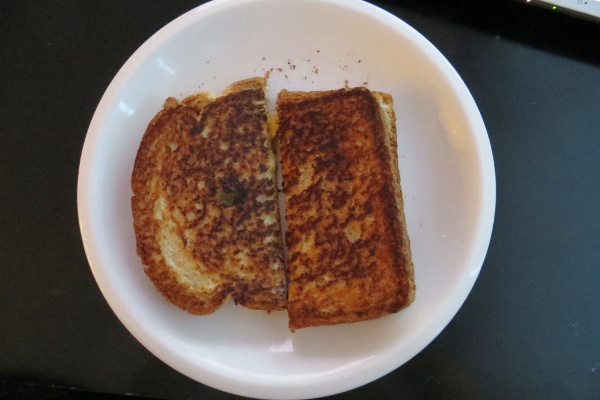 Small dinner after grazing all day long at the Fraser Valley Food Show.